10 Hours With The ‘Blue Hair And Pronouns’ Game 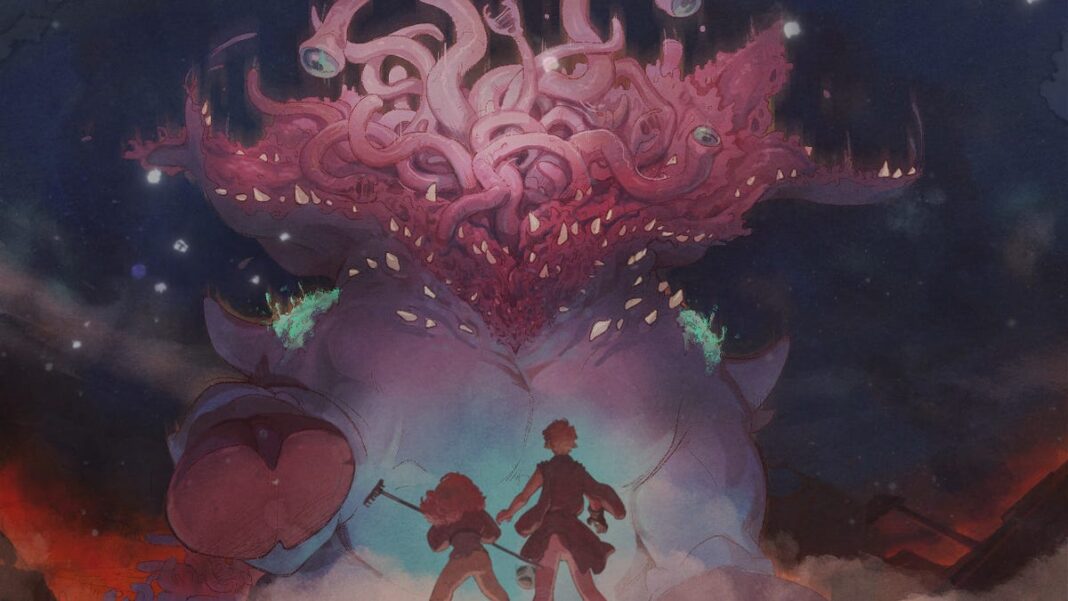 In a recent post on the PlayStation Blog, the developers behind I Was A Teenage Exocolonist presented their first game as “Blue hair and pronouns,” a reference to a popular meme within the LGBTQ community. I respect the guts it takes to do that. We live in a world where putting your pronouns on your social media can invite ridicule, and centering inclusivity means opening yourself up to public scrutiny the way that Boyfriend Dungeon did. Exocolonist is open and sincere about its anticapitalist politics, but it’s ultimately not a successful critique of the capitalist society that the colonists chose to flee.

You play as a blue-haired spacer who is among the first humans to successfully colonize a far-off planet named Vertumna. Doing so was actually illegal, but your parents were fed up with how oppressive Earth had become under late capitalism. You have to survive the strange wildlife, the constant food shortages, and, oh yeah, the hostile beings that try to sabotage the colony every year. The game takes place over a period of several years, and your character (along with their friends) grows up over time. There’s also a bit of a Groundhog Day twist—every time you complete a run and start a new save file, your character remembers elements of their past life. Acting on these memories is key to avoiding certain tragedies, but these big, life-and-death decisions are few and far between. Most of Exocolonist consists of work and social events, like in the Persona series.

Exocolonist is a choose-your-own-adventure game with some exploration elements. Every month, you choose what kind of activity that you’ll be spending Stress points in. You can go to classes, work on the farm, make deliveries, cook meals, and explore the dangerous world beyond the colony’s walls. Sometimes, you’ll encounter procedurally generated plot scenarios based on stats or previous decisions you’ve made in the game. Many of them are slice-of-life scenarios, like helping your childhood friend in the kitchen, or fixing up some rampaging AI. Depending on how you respond, you can gain points in various social, mental, or physical attributes.

Some major life events will even give you cards for your mental deck, a collection of key memories from your character’s life in which each card has a specific point value or special effect. Events from childhood tend to be low-value, while high-value cards are generated from your character’s teen years or adulthood.

These cards are used in a minigame in which you have to hit a certain number to succeed at a narrative challenge. The game itself is fairly unremarkable, but there are some interesting implications. Since you only draw a limited number of cards per round (and most matches only consist of one round), being a successful card shark requires you to rest regularly or pay up to “forget” lower value cards from your character’s childhood. I thought that it was a poignant system for showing how nostalgia can hold us back from being successful at what we’re trying to do in the present.

For all its mechanical simplicity, where Exocolonist truly shines is in its extensive and fearless worldbuilding. The writers’ love for Vertumna’s strange flora and megafauna shines in the game’s vivid descriptions, which helped make expeditions one of my favorite parts of the game. The colony has queer-friendly policies that make it possible for characters to have diverse families and lives, and the game doesn’t feel the need to justify or explain these accomodations. Moreover, Exocolonist is very serious about the teenage experience. I think this might be the first game in which I’ve seen puberty being sincerely discussed in close detail, rather than as a one-off joke. Exocolonist is brave in ways that even many other indie games fail to be. Which is why I felt let down whenever the game tried to engage in serious political topics.

Throughout the sport, the characters attempt to problem capitalism in ways in which don’t make a ton of sense. Your domineering, wealthy buddy Marz needs to be the long run governor of the colony, however worries about reproducing the failed capitalist system of Earth. She pats herself on the again upon deciding that she wanted folks such as you to maintain her trustworthy (How?). When the researcher Tangent discusses potential choices for bettering the colony’s inhabitants numbers, certainly one of my attainable responses was “Nice motive, still eugenics.” After a militarized colony involves Vertumna and tries to imagine command, one of many space-born settlers calls certainly one of its troopers a “fascist” at a party. I questioned to myself, as I typically did once I noticed younger folks calling mildly problematic folks “fascists’’ online: Does he know what a fascist is? Afterward, the accusation is never brought up again. It really felt like scrolling down my social media feed to read left-leaning zingers that never turn into actual substance.

These interactions feel incredibly odd, since the game tried to convince me early on that these are children who have never experienced modern capitalism. They learned about these oppressions through taking classes, not unlike how I learned about feudalism in high school. Yet so many of the hamfisted ethics debates feel like they could have been pulled from queer Twitter. That did a massive disservice to the charming cast and the imaginative world that Exocolonist built up. Worldbuilding is inherently political, but it also needs to be consistent with itself. When I speak to the bold and confident Marz, I want her words to feel consistent with her own history and experiences. Instead, I felt like she was projecting the insecurities of someone from planet Earth. The young people in the colony eventually decide that they must break free from Earth’s foibles, but the game never goes all the way.

For example, I was presented with gender sliders when I was asked to customize my character. Indie studios often don’t have the resources to build out full customization options, but I feel like the “feminine” and “masculine” sliders have been a step backwards. On the female facet, the character portrait had lengthy hair. On the masculine facet, the hair was quick. In Chinese tradition, lengthy hair remains to be typically seen as very masculine. Since the sport supplied me the selection of customizing my protagonist’s gender, it felt aggravating that I used to be being held to a Eurocentric, binary thought of what gender bodily seems like.

The game is also inconsistent about how it engages with oppressions that aren’t queerphobia. Thankfully, there are pacifist options to oppose the hyper-nationalist military faction that wants to dominate Vertumna. But you can play two whole runs without the game ever truly grappling with the settlers’ colonialism, because, they tell themselves, it’s an “abandoned” planet, and so they’re not colonists at all. Well, it turns out that Vertumna isn’t abandoned. And the sentient beings that keep attacking the colony are some kind of monstrous, non-communicative beings who either act as militarily hostile conquerors, or immediately flee on sight. Their antisocial behavior provides cover for both the “good” colonists and the heavily armed “bad” colonists to justify military action over any attempts at diplomacy. Though the game is rebellious in some ways, Exocolonist pinkwashes the inherent violence in their utopia project.

Despite the colony’s morally gray position, their struggles with supplies and self-sufficiency felt genuinely moving. I welcomed how safe Vertumna felt early on. The adults were here to handle everything, and I could contribute to the community in different ways, such as scouting for food sources or helping in the greenhouse. Exocolonist felt chill and lo-fi, until it wasn’t. Random events would blow in and devastate the community. As I overlooked the wreckage of my old dormitory, I found myself missing the silly schoolyard days. I initially felt that Exocolonist had too many emotional guardrails. When tragedy struck, the emotional impact was more devastating because of how safe the colony seemed before.

But instead of learning how to live with tragedy, the game pushes you to prevent them in the next lifetime. At the end of every playthrough, an elderly version of your character tells you that you can avoid certain terrible outcomes (such as character deaths) by making the correct decisions. Just tinker with the timeline a little bit, and you can have a slightly less brutal life than the one before. When I saved a friend from a horrible death, I realized that I could never have saved her on the first playthrough. She was always fated to die in the first timeline. New Game+ is about learning from past mistakes and picking the right leaders, the right decisions, the right futures. Hardships are simply a part of life, and I resented the way that the epilogue character told me that I could (that I should) live another cycle in order to save my childhood friend. That I had failed her by not knowing that she would die in an unpredictable accident. The card game communicated that clinging to the past (holding onto cards from infancy or childhood) can prevent someone from moving on in the present. Using the time loop to fix my protagonist’s life felt like the opposite of that.

Exocolonist is an ambitious game, and it manages to be charming despite its shortcomings. I just wish that it wasn’t so quick to smooth over any sources of conflict in ways that can feel too abrupt. If there are any uncomfortable moral ambiguities in the characters’ words or actions, they have to be immediately explained away or justified. Every time it happened, I felt that it was a creatively timid decision. Although the game admirably tries to present a society where people can be themselves without oppression, it’s ultimately afraid of confronting the reality that uncomfortable political conflicts and ambiguities would exist even in such a society. This is a world where people can be free to express their inner truth, so long as it is about gender. But as I learned when I accumulated Rebel points for voicing a milquetoast opinion in the game’s social studies class, god forbid that your opinions about society veer 5 percent from the accepted norm on Vertumna. (The unbending dogma of the colonists felt uncomfortably like some leftist book clubs I’ve sat in.)

I needed extra sources of fantastic, conflicting mess from an area colonialism recreation. I obtained Exocolonist as a substitute.