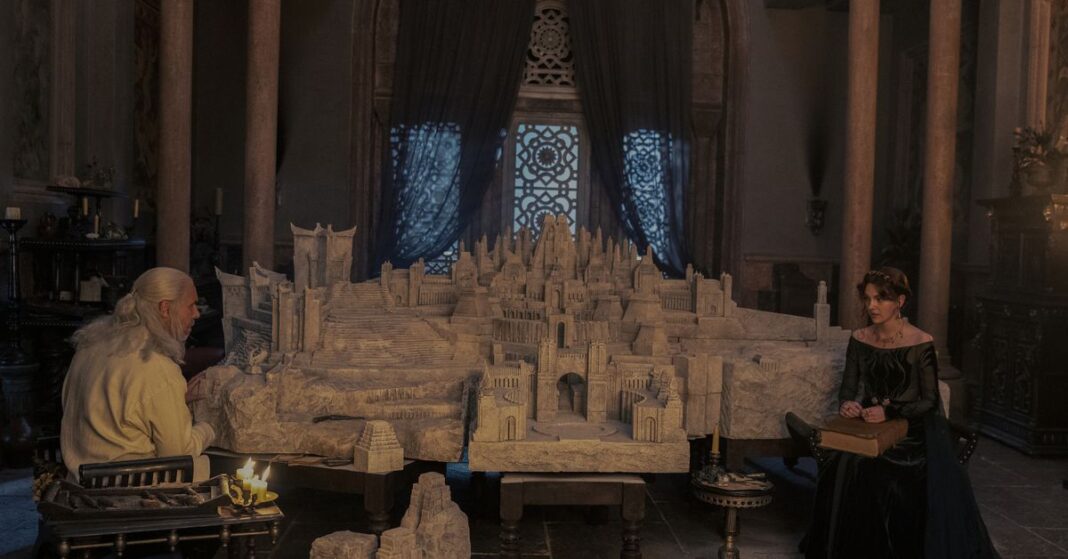 What would Game of Thrones be with out its theme track? Composed by Ramin Djawadi, the track has develop into so indelible you can play it on nearly something and the vibe continues to be there. Djawadi was informed to keep away from flutes, pianos, and violins (since they’ve been featured so typically in fantasy themes), and so as an alternative he made an absolute banger out of cellos taking part in a minor key, making an animated map really feel completely epic and surprisingly versatile.

The title sequence brings again Game of Thrones’ unique theme, however modifications up the visuals to match the sequence’ concentrate on House Targaryen. Meanwhile, the visuals of the new title sequence take viewers in a hovering view of the present’s characters, represented by varied trinkets and symbols, utilizing the similar cogs and gears that turned the Westeros map for the opening sequence of the unique present. Meanwhile, as the digicam pans throughout all of these symbols, a shiny crimson stream of blood runs down the partitions of a fortress finally protecting every one.

Djawadi is again at it once more with the cellos, one thing he informed Entertainment Weekly he noticed as the “big sound of Game of Thrones.” Beyond that Djawadi says he targeted on pulling the themes he thought have been most helpful from the unique present in growing a brand new sound for House of the Dragon.

(*2*) Djawadi informed EW. “Definitely the sound that Daenerys had is tied to the Targaryens. The sound is the same. However, I think it’s important to point out that, actually, Daenerys has a separate theme than the Dragon theme. So, they’re the two separate themes, but sonically, they’re similar.”