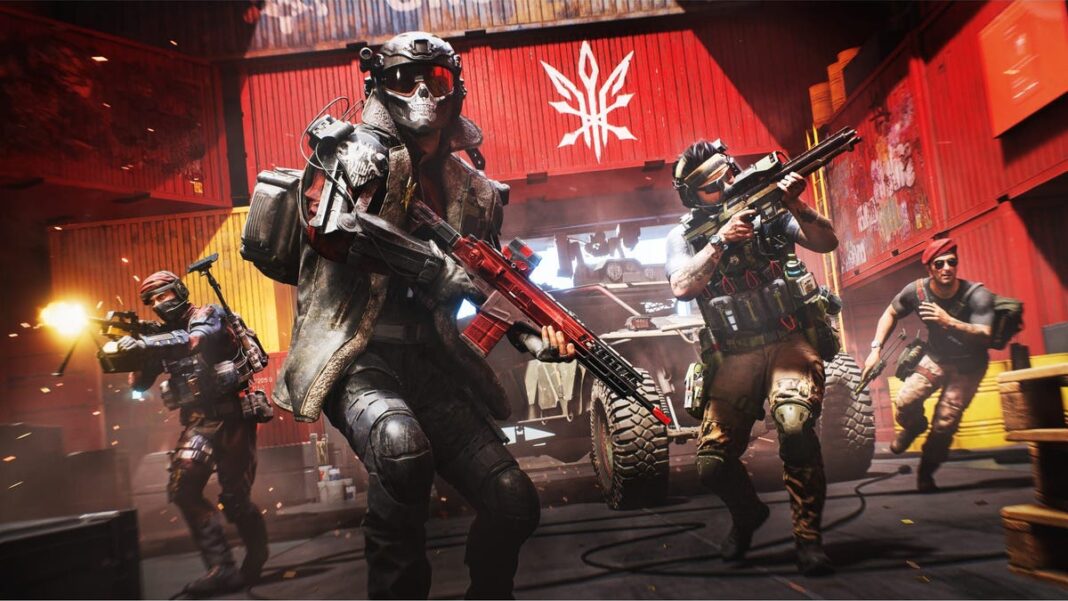 Battlefield 2042 ate a lot of shit at launch, and rightly so. For a game claiming to be launching as a premium shooter at a premium price point, it sure came out undercooked.

Most folks simply said the game was “bad,” though, which I have always maintained wasn’t strictly true. A lot of what was there was actually fine, it was just released in a sparse and unready state. With some work—the kind of work DICE could have been afforded with an extra year, and without the pressure of having to release an unfinished game in the middle of a pandemic to satisfy EA’s executives and investors—I definitely held out hope the game might one day turn out better than fine. Good, even.

Now that we’re two major seasonal updates into the game’s lifespan, I don’t think it’s quite there yet, but you can definitely see “Good” on the horizon. The game’s major additions, like new maps, weapons, and Specialists, have of course helped flesh out the experience, but the seemingly endless quality of life improvements made to every other corner of the game, from menus to icons, are doing just as much of the work.

So much of the game’s early criticism focused on how raw the game was, how it seemed to be missing so much of what made previous games better. Stuff like scoreboards and lifetime statistics. Stuff that’s now in the game. It also felt a bit empty, and vague, like how some maps were held together by a handful of broken menu screens. That’s fixed now too. Battlefield 2042 finally feels more like a coherent, functional video game, instead of a series of maps held together with tape.

Everything just feels more rounded out, more at home in the world DICE built for this iteration in the series. After some nips and tucks, Specialists now look as serious as the climate-ravaged maps they’re fighting over, and the maps are starting to build up enough in volume and consistency that they’re fleshing the world itself out as well.

Basically, there’s enough polish and content here that had you got this in October 2021, instead of what was actually rushed out the door, you might have simply thought, OK, this is the new Battlefield game, let’s check it out. That’s a low bar to clear, I know—meeting basic standards of functionality for a AAA game release isn’t something we should be actively celebrating—but 2042’s launch was low, so any progress is progress.

Indeed, things are coming together so nicely—if slowly—that I think once we’ve got one to two more new maps, maybe the same number of Specialists, a few more weapons (sniper rifles have been largely ignored since launch), and the process of reworking the launch maps is done (DICE are going back and modifying many of them out, adding more terrain and detail), I think “Good” is definitely within reach of this game.

We didn’t just magically arrive at this point, of course, as most of the game’s updates have come in the form of its first two Seasons. I’ve covered Season 01 already, which was surprisingly fun, and Season 02 dropped last week. Fortunately (?) I was off work with Covid last week and so got the chance to play the hell out of it, and I came away once again impressed with the way everything about it is just so much more interesting and enjoyable than what was available at launch.

The new armoured vehicle, sitting somewhere between the LATV4 and the Wildcat in terms of its speed, protection and firepower, was a blast to drive around. Between its passenger capacity and ability to drop spawn points, it’s already a recon player’s favourite. Crawford, the new Specialist, has a mobile minigun turret, which is as stupid and fun to use as it sounds. The best part of Season 02 though is the new map, which I was down on at first glance, but is actually in practice just three long “lanes” (a desert area for vehicles, a ship’s interior for close-quarters infantry bloodbaths, and a sniper’s paradise among some palm trees), offering three completely different playstyles that are all just a quick jog away.

So yeah, each of Battlefield 2042’s Seasons have been nice, respiration life right into a recreation many would have thought had landed Dead On Arrival. Remember, although: AAA video games, particularly persistently on-line ones like this, are often too large to fail, for higher or worse, and 2042’s sluggish enchancment after such a disastrous launch is the most recent instance of this.