Every Game At The Event 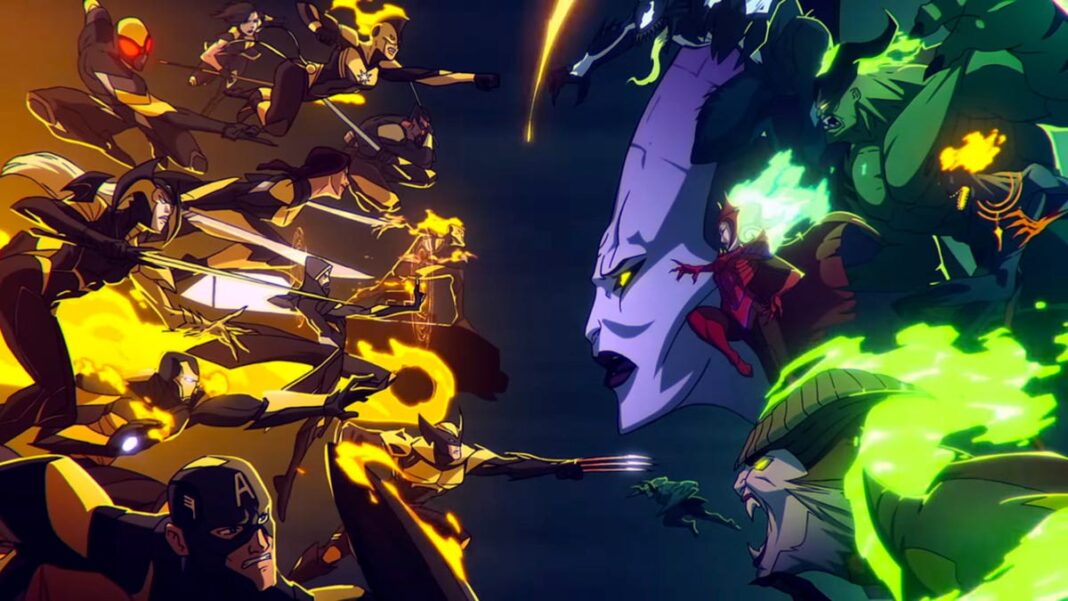 Although it might’ve felt like Kinda Funny’s Blessing Adeoye Jr. was talking at 1.75x speed about upcoming games and world premieres, Disney and Marvel’s D23 stream event did manage to show a few games that weren’t just cinematic trailers. Here’s everything we saw at Disney and Marvel’s D23 Expo Showcase, organized in order of whether they had actual gameplay or not.

Hey, it looks like Marvel’s Midnight Suns got a new new release date. Seeing as how it was originally slated to release in March before getting delayed (twice) it’s nice to see that it’s coming December 2 for PS5, Xbox Series X/S, and PC. We also got our eyes on a nice animated short with the likes of Blade and Wolverine tearing fools up. Now I hear that this game has some sort of important romance mechanic alongside it being Marvel’s answer to XCOM by…becoming XCOM, so I’ll be watching this game’s career with great interest.

Hope you aren’t tired of hearing about Avatar (the blue people one) in 2022, because Avatar: Frontiers of Pandora showed off a new trailer demonstrating how you can create your own Na’vi and participate in a Call of Duty-esque deathmatch with your ponytailed comrades.

While Avatar: Reckoning isn’t necessarily a new game, we did get to see some new gameplay during D23 Expo. Its D23 trailer described the game as an action-packed MMORPG shooter you can play in the palm of my hand, so if you’re in the market for that, this game might be up your alley.

If you were wanting your own Hearthstone with Marvel characters in mind, Awkwafina’s unmistakable voice just answered your prayer with the announcement of Marvel Snap, a strategy game for mobile.

Fans of The Wonderful World of Mickey Mouse cartoons who wished for a platformer with Mickey, Donald, Goofy and Minnie are getting just that. The game looks like a lot of fun, especially with the potential for cooperative play with your buddies.

Monkey Island’s newest trailer was accompanied by the voice (and face) of Dominic Armato, the voice behind Guybrush Threepwood. The trailer touts LucasArts’ classic adventure series having a new art style, musical score, and a Nathan Drake-esque journal for you to document your time on the high seas and reminisce over adventures in past games. Monkey Island comes out on September 19 for PC and Nintendo Switch.

Dreamlight Valley, Disney’s (extremely good) take on Animal Crossing, is getting an expansion with the toys from Toy Story. I gotta admit, climbing around Andy’s room with Buzz and Woody does sound pretty fun, but I was distracted by Mr. Lightyear flirting with Ursula in the trailer. Jessie isn’t gonna like that one, space man. You outta pocket.

Okay, I know gaming has become inundated with franchises not knowing what to do with their IP and settling on making a kart racer, but Disney Speedstorm looks kinda hype. Mickey Mouse Tokyo drifting around Sully from Monsters Inc. probably checks off someone’s bucket list. If you were wanting a release date, it didn’t have one, but it did list a website where you can sign up for updates and wishlist the game on Steam and the Epic Games Store.

Disney took the phrase, “sometimes it’s good to be bad” to heart with its new trailer for Mirrorverse, its mobile RPG. The trailer’s got fan-favorite villains like Ursula (hi again), Hades, Oogie Boogie, and Scar battling hordes of monsters.

Marvel Strike Force, a 2018 turn-based RPG for mobile, got a brand-spanking-new trailer in which all the Hulks, red or otherwise, are stomping a mudhole into Abomination. Rest in pieces, my guy.

What’s better than a Captain America or a Black Panther game? A game in which the two of them are punching out Nazis during World War II. To make matters all the sweeter, the game is being worked on by Uncharted series writer Amy Hennig. While the trailer skimped on the gameplay for Easter egg references, the concept behind the game is definitely promising. It also answered the niggling question in the back of my mind as to whether Cap’s politics weren’t “of the times” with America’s sentiments toward my melanated brother. Respect.

If you’re one of the folks who forgot that Disney technically owns the Alien franchise, hi, hello, it does, and it’s working on a new game called Aliens: Dark Descent. It’s a squad-based RTS strategy action game in the Alien universe, and it looks like you guide your squadron of marines inside narrow corridors of derelict spaceships while blasting xenomorphs.

It looks like Marvel saw what Niantic was getting up to with Pokémon Go and said Marvel fans should take a break from Twitter and go outside too. Huzzah. Marvel World of Heroes is an AR mobile game in which you can take a break from touching grass to pull out Dr. Strange’s Sling Ring and patrol your neighborhood for scum and villainy. Be careful not to get arrested. Gamers have a bad rap as-is.

Imma admit, I was born in ‘96 so I had no clue what this was until Kotaku’s Zack Zwiezen chimed in during this trailer’s opening seconds by typing “TRON” in our Slack channel. So yeah, it looks like we’re getting a new Tron game in Tron: Identity. Apparently it’s a visual novel. It’s got a nice typeface.

And that’s all they confirmed at this fairly slight, 23-minute showcase. Did something of explicit curiosity leap out to you?