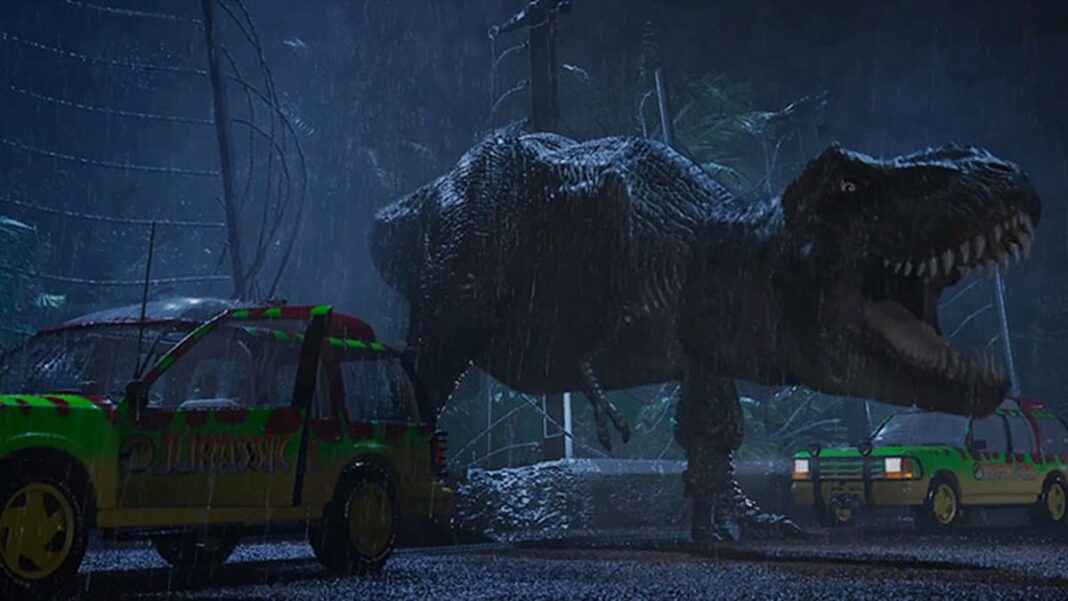 The video you’re about to watch was built in Dreams, which is a video game but also some kind of mystical toolset that allows you to make anything.

You may have seen many, often confusing Dreams videos if you spend long enough on forums or Twitter. I say confusing because the game is so flexible, and powerful, that many of its best creations start looking almost identical to the things they’re trying to recreate or pay homage to.

I wrote about a Sonic the Hedgehog game last year, for example, that…looked just like something Sega would have released 5-10 years ago. Jack Yarwood’s excellent feature on the game for us in 2020 contained a bunch of other excellent examples as well, from static images (like the one below) to game homages.

The video I want to talk about tonight, though, is this incredible recreation of one of the most famous scenes from Jurassic Park, which uses darkness and modern computing power to look almost indistinguishable from the actual scene from the actual movie:

Benefit the Starlight Children’s Foundation
For $10 or more, you can help hospitalized kids get access to video games—and get some sweet games for yourself too, including Lego Star Wars – The Complete Saga.

Here’s the original scene for comparison (I’ve set it to autoplay at the right moment in the video below, but if for whatever reason it doesn’t work on your device, you’ll want to skip to 3:18):

And here’s a direct screenshot comparison:

If you’re wondering how Krenautican made it, or just want to see it in a higher resolution, this YouTube video breaks down his whole process, which shows the agonising amount of work required to build the set to scale, which required getting everything from the size of the fence wiring to the angle of the car doors to match the original.

Recreating Jurassic Park On A Playstation