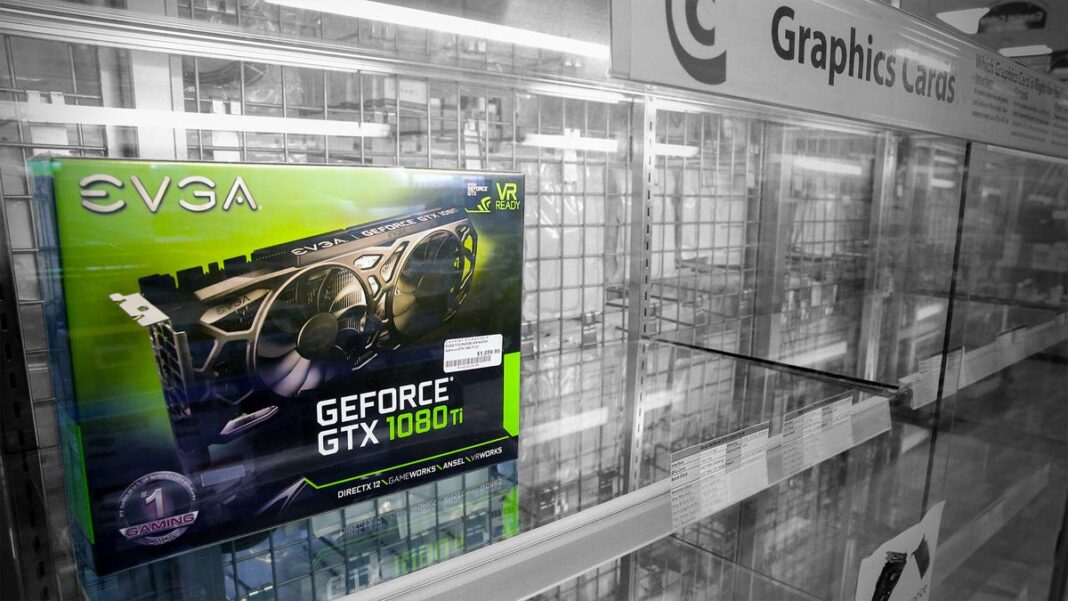 And now for something that no one saw coming: EVGA, one of the most prominent third-party PC graphics card manufacturers, and a favorite brand among PC gamers for quality parts and reliable warranties backed by solid customer service, is terminating its longtime relationship with Nvidia. What’s more, the company reportedly said that it won’t be pursuing partnerships with competing silicon giants like AMD or Intel, either. It seems like EVGA is just done with GPUs.

News of EVGA’s seemingly sudden decision to stop manufacturing GPUs broke via the popular YouTubers GamersNexus and Jayztwocents. Personalities from both channels say that they were invited to a private meeting with EVGA staff, including CEO Andrew Han. In the meeting, EVGA reportedly laid out its desire and intention to break away from Nvidia, citing multiple frustrations with the partnership.

These sore spots mostly concern what Han describes as Nvidia’s reluctance to share essential information about its products with partners until that same information is made available to the public, often onstage at a press conference; that it believes Nvidia is undercutting partners like EVGA by selling its own “Founders’ Edition” cards at a lower price; and a sense among partners that Nvidia just doesn’t value their patronage.

GamersNexus has a very thorough breakdown of the meeting and this news in its video.

EVGA’s most senior management made its decision to break away from Nvidia back in April, but kept the decision strictly confidential. Though EVGA, a company that is so often known and valued for great GPUs and reliable customer service, is leaving the GPU market, the company reportedly intends to stay in business. However, it won’t be expanding into new product categories, GamersNexus reports. And while the company does make and sell other PC components such as motherboards, cases, and power supplies, the loss of the GPU side of its business is likely to pose challenges for its 280 worldwide staffers.

GamersNexus’ Steve Burke reports that EVGA is looking to reallocate staff to different projects to keep everyone employed. The company laid off 20 percent of its Taiwan employees earlier this year, and now several people whose jobs solely revolved around GPU manufacturing and development don’t have an obvious job to perform.

While EVGA will continue to sell RTX 30-series cards, it expects to run out of stock by the end of the year, and will be hanging on to an additional stock to service warranties and repairs. EVGA’s pledging to honor warranties for existing customers of those cards.

Today is a bittersweet day for PC avid gamers, as EVGA’s presence within the GPU enviornment might be sorely missed. On the flip facet, the crypto-mining craze that has plagued the trade by shopping for up numerous playing cards for mining rigs appears to be coming to an finish. The outstanding crypto Ethereum has lastly, lastly moved away from the GPU-hungry “proof of work” algorithms that contributed to the digital decimation of obtainable GPU inventory during the last two years. As you’ve most likely observed, GPUs are as soon as once more in the stores and pricing has lastly began to fall again to Earth. With the Ethereum swap, hopefully that pattern will solely speed up.