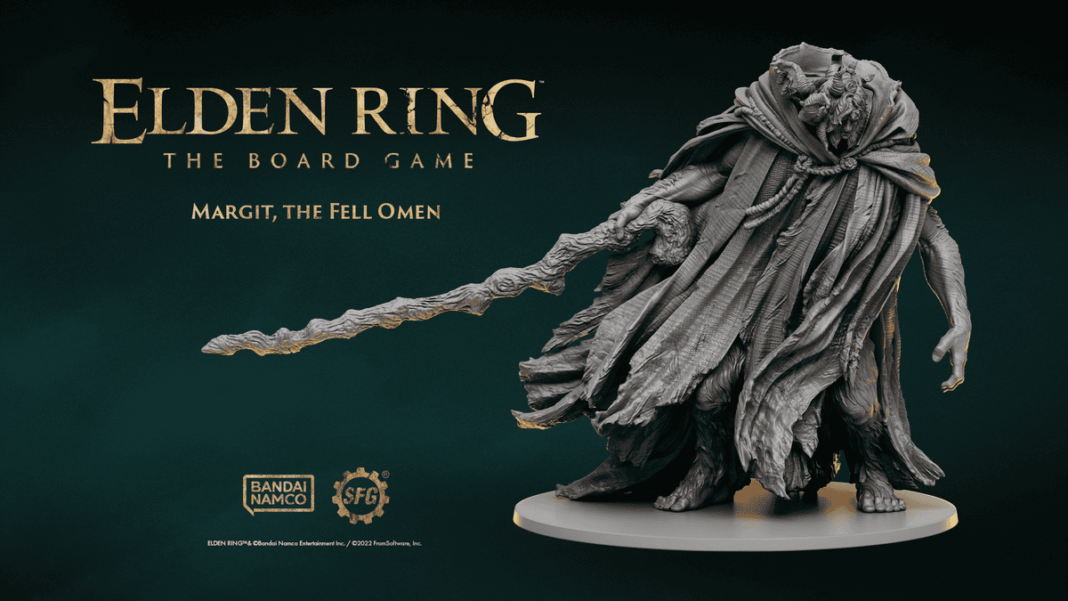 Presumptive GOTY Elden Ring is, in perhaps the least surprising piece of news that I’ll write for this site today, getting a board game adaptation.

It won’t be the first Souls-like to get the tabletop treatment, of course. Back in 2016 a Dark Souls board game raised over $200,000 on Kickstarter in under two hours (it would go on to raise over $4 million, having asked for…$55,000 in funding.

Elden Ring is being handled by the same designers behind Dark Souls—Steamforged Games—and will be hitting Kickstarter soon (the page is up now, but the campaign itself isn’t live). While details are pretty thin at this stage, one thing that already sounds cool is the way combat is being handled, with dice out the window in favour of:

Like the video game, the ELDEN RING™ board game will immerse players in the forsaken Lands Between. In a vast, sprawling world of decaying grandeur that unfolds through their exploration, 1-4 ‘Tarnished’ players will embark on a huge and varied adventure, visiting iconic locations and crossing paths with familiar enemies and characters.

The video game’s characteristically challenging fights will be recreated by intelligent dice-free combat, requiring players to strategise and adapt their plans during each encounter — whether that be a lowly Godrick Soldier or the Grafted King himself.

Steamforged have made a reputation for themselves over the previous couple of years, adapting an entire ton of video video games, from Dark Souls (twice, as a board and card recreation) to Horizon Zero Dawn to video games based mostly on each Resident Evil 2 and Resident Evil 3. So I suppose we are able to assume that, even when this doesn’t find yourself fairly as acclaimed because the supply materials, its creators at the least perceive what makes a online game tick on the tabletop.