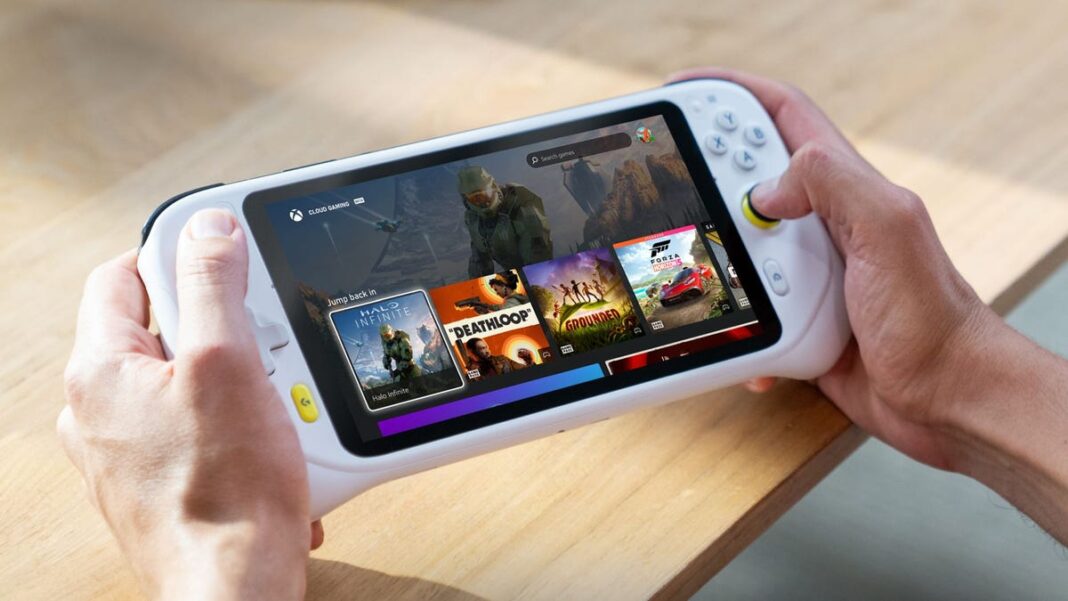 Having a (relatively) small device that can play basically any big game on it is a cool idea, and that’s what I love about Valve’s Steam Deck. But the Deck can be a bit bulky, and its battery just doesn’t last sometimes. Plus it doesn’t work easily with Xbox Game Pass. So the idea of a new, smaller handheld dedicated to streaming Game Pass and Xbox titles sounds great! However, at $300, it seems too expensive in a world where the Steam Deck and Switch OLED exist at around the same price point.

Announced today by Microsoft and Logitech, the new G Cloud handheld gaming console is a small Android-powered device built around streaming video games. 10 years ago this would have seemed like a weird idea. But today, you can stream practically every game across most platforms with enough tinkering. The idea behind this new G Cloud device is to cut out the tinkering and modding and provide players with a simple, fast, and lightweight way to stream all the great games on Game Pass.

First, the positives. The new Android device claims to have an extended battery life, probably thanks to the fact it is only streaming games and not running them natively. It boasts a solid 1080p 7-inch touchscreen, built-in controls, a 3.5mm headphone jack, and a button and stick layout similar to an Xbox controller. I also really like the look of the device. It’s a bit smaller than Steam Deck, which should be nice for folks who have smaller hands.

But here’s the problem: The price. Currently, you can pre-order the G Cloud at $300 which is pretty high considering this is basically a fancy Android phone with built-in controls, a bigger battery, and no ability to make phone calls. It does have support for the Google Play Store, so presumably, mobile games and apps will work on it. And being based on Android, it will basically be moddable from day one. But still, $300 for that seems high.

Benefit the Starlight Children’s Foundation
For $10 or more, you can help hospitalized kids get access to video games—and get some sweet games for yourself too, including Lego Star Wars – The Complete Saga.

And that’s just for now. Once it’s out on October 17, the price shoots up to $350, aka the same price as a new Switch OLED and only $50 less than a 64GB Steam Deck. Now, it’s true that the Switch can’t stream the entire Game Pass library, but with some tinkering the Steam Deck actually can, while also playing (most) of your Steam games.

When I first noticed the G Cloud on Twitter I used to be . A small system devoted to Android apps and Xbox Game Pass cloud streaming could possibly be good to have. But just for like…$200. At the present worth, I’d advocate of us purchase a brand new cellphone, an exterior controller for his or her present cellphone, or a Steam Deck as an alternative.